1. Do you have an interest in learning about your family's heritage? Why or why not? If you know a little bit about your roots, share an interesting piece of trivia or a fun fact about someone who goes way back on your family tree.

I do find it very interesting.  Probably about 10 years ago I really got into researching my dad's family.  But it was so big, it got rather overwhelming.  At the same time there was a man from the other side of the family that was also researching.  He had a lot more information than I did.  But his was on his side of the family and mine was on mine of course.  Come to find out, the family is huge.  I finally got to meet him, but he has since passed away.  It was pretty cool, to find out about that other half of the family.  The story goes that 2 brothers stowed away on a ship from Germany to the United States.  They settled in 2 different areas and thus the 2 halves.  My dad's great-grandpa was one of those men.

"Luck is the residue of design."
Agree or disagree? Why?

Truthfully, I don't believe in luck.  I think everything is by design.

3. In the town where you currently reside, what's your favorite green space?
Actually, it's been awhile since I've been in the parks.  But one of the prettiest places is a newer park by the library.  It's very small, but its very pretty.

4. Who is your favorite comedian?
Really, just one?  I don't think so.   Mark Lowry, Chonda Pierce, Ken Davis & Anita Renfroe

7. Where is one place you don't mind waiting?
Walt Disney World.  You do a lot of waiting there, but I don't really mind too much most of the time.  I just spend lots of time people watching.

8. Insert your own random thought here.
Yesterday was gorgeous.  Beautiful blue skies with white clouds and temperatures in the 70's.  Yay! 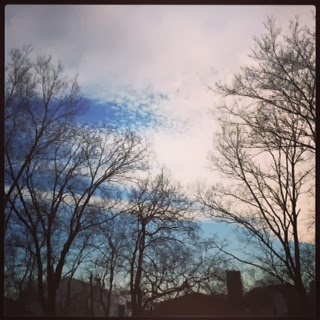 Last evening before Bible Study started someone found this pretty little nest in a tree and of course, I had to get a picture. 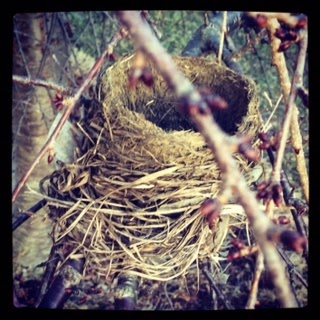 Why don't you click the Hodgepodge button above and join in the fun.